Return of the Cutthroat Slacker

Yes, I'm back, and I promise to try to actually post once in a while, even with my flaky work schedule.
Posted by OleanderTea at 8:38 PM 1 comment:

And all I could think was, "I wonder if I should point out with or without the 'h', you sound stupid if you say it in a Jersey accent. Because then the word is 'OIBS!"
Posted by OleanderTea at 8:35 PM No comments:

Sadly, my first July 4th in Boston was not exciting. I'd hoped to be able to go into Boston, and see the fireworks and maybe the Boston Pops. But it rained, which generated a migraine. Not a hugely awful one, but still one that made me need my meds. This made me decide that I should stay in. Driving in an unfamiliar place on a holiday with an out-of-state plate while on meds...no.

So while resting from the migraine, I started thinking about July 4th when I was a kid. My dad was a volunteer firefighter, and the guys in his house always had a cookout at "Cappy's". The guys all pitched in for meat and alcohol and sodas, the wives brought side dishes and desserts, and the kids brought their swimsuits and pool toys...because Cappy's family had a pool.

Some of the younger guys weren't much more than overgrown teenagers themselves. One year I was all impressed with my new maturity level -- I was in my mid-teens, but already about 5'7" -- and then, out of nowhere a young guy nicknamed "Bigfoot" picked me up and unceremoniously dumped me in the pool. I surfaced and whacked him with a wet towel. So much for maturity on either count.

One high point of the parties was when one of the rigs would come out to Cappy's. The kids would all climb all over and have a great time. We have about 30 photos of my brother wearing a plastic firefighter hat, "driving" the engine or ladder or whatever came to the party that day. The guys would show the kids what the tools were and how they were used. They didn't need to bother showing us the turnout gear -- we knew about that. The neighborhood kids always came running and got to go on the fire trucks, too.

The other high point was the fireworks. Not the city fireworks, which were only fair in those days, but the fireworks that a few of the guys brought back from South Carolina (where you can go to a roadside stand and buy anything short of a rocket launcher, I think). Scratch a firefighter, find a firebug. They'd shout fireworks safety rules at us kids, but then proceed to break all the rules themselves. I particularly remember hearing "never drink and set off fireworks!" said a million times -- almost always by someone holding a beer or bourbon. The fact that these were illegal fireworks being set off by people sworn to uphold public safety made it that much funnier, at least for this cynical then-teenager.

It was really great, that feeling of belonging at that party. It was one large family having a good time all day and into the night.

We were exhausted at the end of the day. We'd drive home with the radio on low, the windows slightly open, and the warm breeze blowing into the car. My brother and I always fell asleep on the drive home, and slept late the next day.
Posted by OleanderTea at 12:15 AM No comments:

I just ran a snake off the back screened-in porch. Little fucker came in under the screen door, then went into coiled-up attack mode at the cat. I grabbed the cat, stamped my feet, yelled, and the snake sat there, coiled up, and just looked at me like, "What, bitch?"

Now, I don't do well with snakes, even ones I know aren't poisonous. They creep me out. I think it's some subterranean part of our brain that makes us feel that way. People who've overcome it have my admiration. But personally, I'd rather deal with a gator in the driveway than a snake anywhere.

The snake on the screen porch wasn't working for me, even though I'm 90% sure it is non-poisonous. Only 90% because I'd taken off my contact lenses. So I did what any liberated woman would do; I called my daddy, who said, "Does it have a pointy head?"

Dad, I didn't get that close. It was round in a pointy kind of way. But not pointy pointy.

"It sounds like a black snake, not a cottonmouth. Wait an hour and it'll leave. Or get a broom and sweep it out. Or call your brother, he deals with snakes all the time."

So I opted for #2. I put on my wellies because a bite even from a non-poisonous snake can get infected, and I don't want to visit the ER with a stupid black snake bite. And if it were a cottonmouth...well, I'm probably allergic to horse serum and not in a hurry to find out for sure. So then I had a purely medicinal shot of vodka because I am not brave.

Thus fortified, in my wellies, broom in hand, I slid the back door open and stepped onto the porch. I got the shovel in easy grabbing position in case the snake showed up, hissed at me, and had a white mouth. We don't need no stinkin' cottonmouths here. They ARE poisonous and aggressive, too.

While singing my snake-killing fight song (from the flash "Badger badger mushroom mushroom, SNAKE, O a snake...") I started moving stuff with the edge of the broom. Furniture. Flipped up the furniture cushions. Poked the chairs around the patio table. Poked the patio table. Stalked around the edges of the porch, banging the wall with the broom handle. Cussed a lot and generally acted like a deranged Great White Hunter. All I needed was a pith helmet.

After all that, no snake. It obviously was unnerved by the screeching and door-slamming and general carrying-on and left. There's now a mat shoved under the back screen door, to fill in the gap between it and the patio. I'm hoping that the snake really is OUT and not trapped inside.

I suspect the snake lives under the drain pipe right outside the screen porch, or maybe in the corner between the patio and the master bedroom. It's a bit marshy over there, and shady. It'd be a nice place to hang out if I were a snake. I also heard some weird hissing-like noise coming from back there a few days ago when I moved some plants that, at the time, I assumed was from the bad connection of the hose to the spigot. But...

Ugh. Between snakes on the porch and gators in the driveway and 3" flying roaches and lizards everywhere, it's like Mutual of Omaha's Wild freakin' Kingdom around here. I do not need nature that close.
Posted by OleanderTea at 11:11 PM No comments:

Hunter S. Thompson Would Be Proud

Posted by OleanderTea at 6:23 PM No comments: 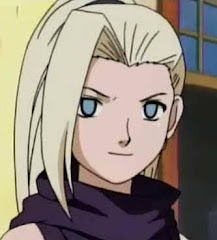 Urban Dictionary's Word of the Day